We cut to the same reporter conducting a previously recorded interview with Derek Feign inside his home. Derek is a young, surfer type. Derek is showing the reporter his surfboards, his audio is faint in the back as narration is in the forefront.

DEREK
I got this board for the days where I’m just riding easy rollers. I got this…

Audio Fade in reporter and Derek.

REPORTER
And you bought all these surfboards using crypto currency?

DEREK
Pretty much, I mean like I didn’t walk into the surf shop and buy this long board with Tron. I cashed out when Tron was at .22 and used the USD for the board. But like, those earnings came from Tron.

Tron is a popular crypto currency. One of hundreds of digital coins that Derek bought back in 2017 and sold earlier this year for a pretty digital penny.

Back to DEREK and REPORTER.

REPORTER
So let’s back up, how’d you get into crypto currency in the first place?

DEREK
Poker. I was playing on this site that used bitcoin way back when bitcoin was only a few bucks.

DEREK is now sitting at his computer, clearly winning/losing money at something.

And like, I had a couple hundred bitcoins in there and just never bothered to cash out and then one day my buddy called me up and was like

Back to DEREK and REPORTER.

“Broo, have you checked your poker stash lately?” And that’s when I looked and bitcoin had mooned to like a couple thousand dollars a coin and that’s when I was like, ohhhh, I should pay attention to this.

Footage of Derek showing the reporter EtherRoll (rather than a trading platform), faintly in the background you hear him talking about how ‘you make your own luck.’

And pay attention he did. Not only to Bitcoin, but to alt coins, which means any digital currency other than Bitcoin. Many of these digital currencies rose in value by as much as 10000% percent over the course of last year, only to come crashing back down.

And how’d you know when to take your winnings and get out?

Cut to Derek paddling out into the waves on a foam board.

and like if I didn’t jump off now, I would ride it for too long and have to paddle all the way back out past the breakers again, so I don’t know, I just bailed, ya know?

Cut to Derek shakily riding a foam board on a small wave.

And I’m glad I did because now I can just keep surfing.

Back to our reporter in real time, addressing the camera with the mic.

While Derek may have retired from Blockchain, many top tier firms and technology experts have not. Despite falling prices, the consensus among experts is that the initial price run up was caused by unnatural hype and speculation from people like Derek. Now that things have returned to normal, speculators have exited the space and the true blockchain revolution is about to begin.

MALE ANCHOR
Thank you Andrea. And up next, how a local woman found baby chickens in her underwear. 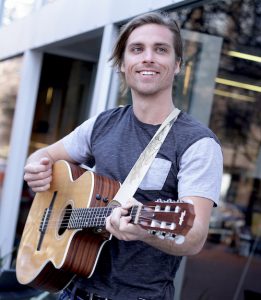